MERU attended the OHMI conference over the weekend and were surprised to win a couple of awards for the brass instrument support designs we’ve been working on!

The competition was to design a piece of apparatus or a support to make a traditional musical instrument accessible for one-handed playing. Our winning entries were a Trombone support, which has since adopted the name ‘Sturdy Birdy’ and a stand to hold various instruments from the saxhorn family including a Tenor Horn, Euphonium and Baritone.

The Tenor Horn/Euphonium stand is a versatile stand which can be adjusted in size to clamp around a range of brass instruments; designed by myself and manufactured with assistance from Tim. The trombone support (Sturdy Birdy) was designed by MERU with testing and feedback from musicians at Stentor Music Reigate – it is a small 3D printed support which is mounted on a stand and uses gravity to allow a toolless one-handed set up. Both devices were originally designed to assist people wishing to learn to play a brass instrument one-handed or for those who already play but now require support bearing the weight of their instrument. 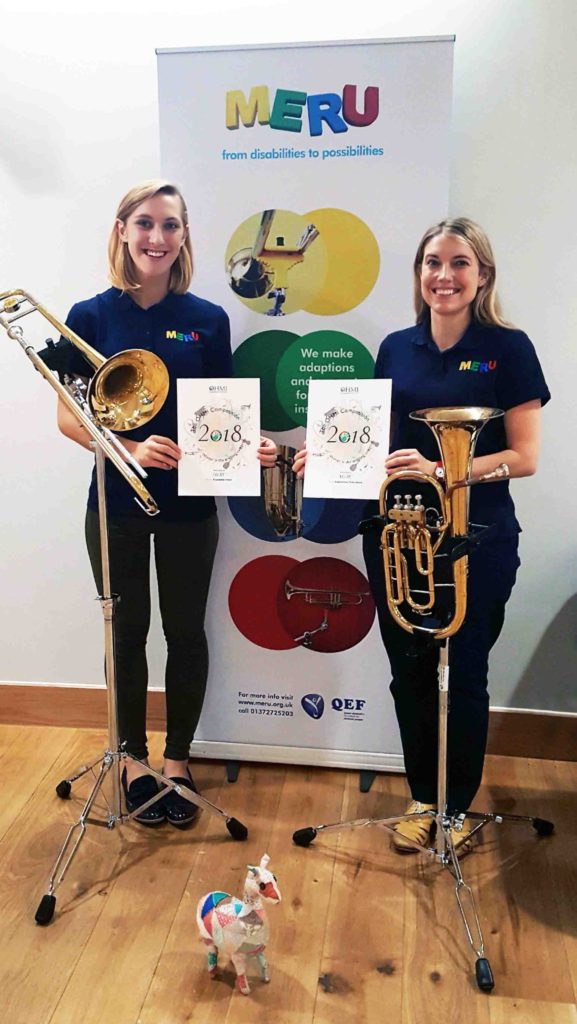 The award ceremony was held at the first ever OHMI conference at Birmingham conservatoire on 7th September, where the pieces of kit were tested out live by the Langley Brass Band before the awards were presented by comedian Al Murray.

About the Author: Meru Admin